Pull up a wheelbarrow, grab your trusty trowel (or look up what a trowel is), and get ready to cement yourself into S.T.R.I.K.E. infamy, because this week we're revealing our first ever Super-Mega-Legendary character. With a name that rolls off the tongue like that, you can expect an equally impressive kit, so skim this blog at your own peril. And don't get caught gawking at the Super-Mega-Legend's abilities for too long, because we've got Blitzes with rewards that'll turn you green and a Bonus Event that'll make you think, "Huh, this is definitely the greatest Bonus Event I've ever seen."

Don't worry, Commander, this introduction has officially… hit a wall!

While working a part-time job laying bricks and pouring cement, mild-mannered Joshua Waldemeyer was caught in a horrific explosion. The blast caused one of the walls Joshua had been working on to collapse on top of him. But instead of crushing Joshua, he became permanently bound to the bricks, turning him into a living wall! Understandably upset about being transformed into a brick-faced monstrosity, Joshua called himself "The Wall" and committed himself to a life of crime.

The Wall marks MARVEL Strike Force's first Super-Mega-Legendary character -- a Legend that's Super powerful and Mega awesome. Fans of the Wall's comics will undoubtedly know that he prefers to work alone, so we saw this as an opportunity to pair him with a team deserving of a second coming. To help usher in The Wall's arrival, we've reworked one of S.T.R.I.K.E. 's most important, but often overlooked team: Default S.H.I.E.L.D. Guard! And let's just say the Wall and the Default S.H.I.E.L.D. Guard go together like bricks and mortar.

Turn the battlefield into a hard hat area with The Wall:

Ultimate - A Ton of Bricks

Passive - Up Against a Wall 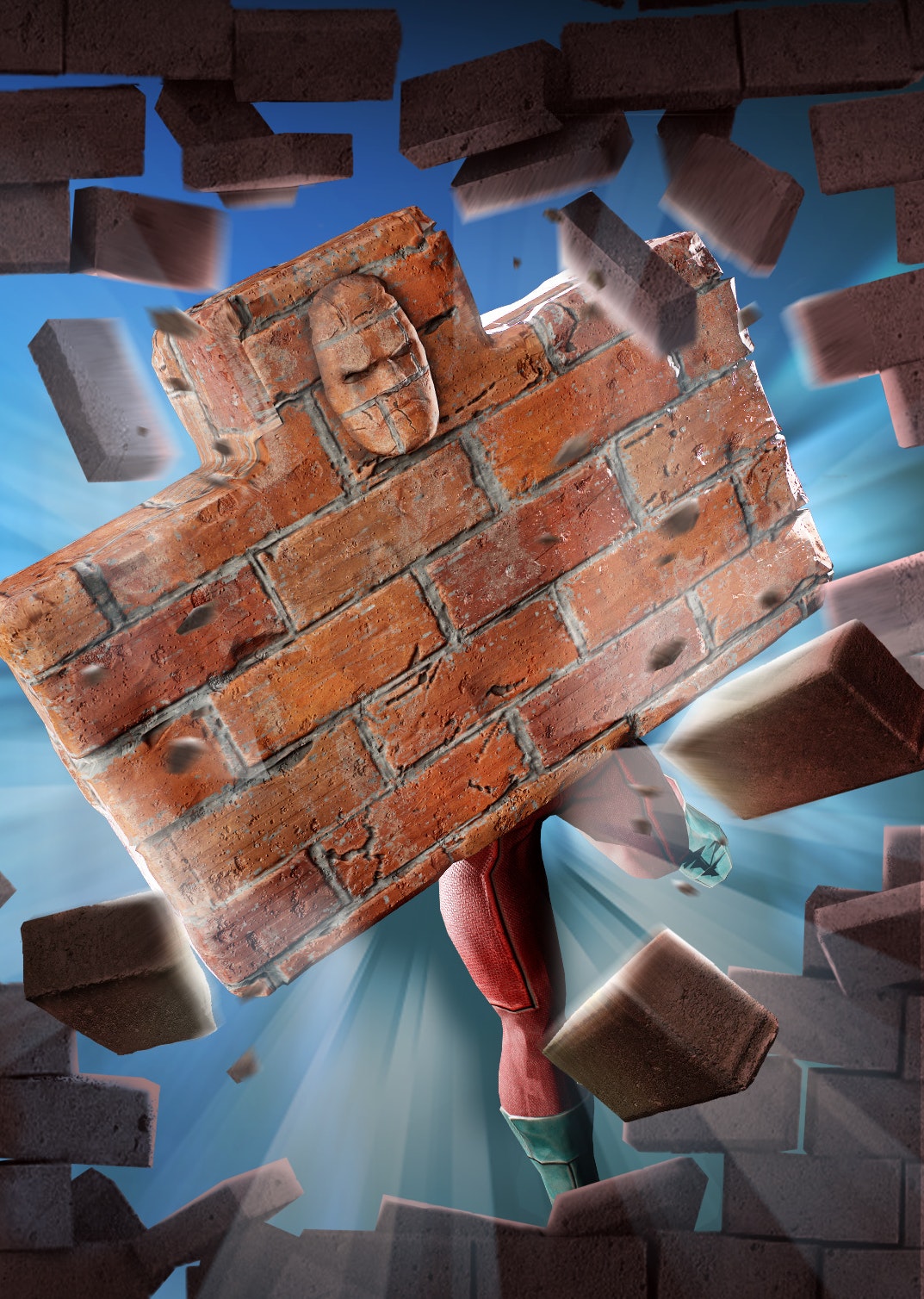 Furious that Nick Fury has yet to ask for his help in the fight against Doctor Doom, The Wall teams up with famed Alliance War cannon fodder, Default S.H.I.E.L.D. Guard, to prove to Fury, S.T.R.I.K.E., and Doctor Doom himself who the real threat to the multiverse really is. Join The Wall as he heads into a parallel universe to crush Doctor Doom, Ultimus, S.H.I.E.L.D., and anyone else foolish enough to go over, under, and through… the Wall! We asked Silver Surfer if he wanted to help out but he stonewalled us.

To help spread the mortar of justice for this top-secret adventure, you'll need a team of five Default S.H.I.E.L.D. Guards at a minimum of 9 Stars. To help you prepare, don't miss the upcoming Blitzes and Bonus Events (details below).

Until next April 1st…