To X a Thief

Channel your inner cat burglar on May 27th at 5:00PM (PDT) with the upcoming Fantomex Event Campaign, "To X a Thief." When the dashing mutant thief Fantomex senses something is off with a job, he brings his purloined goods to the X-Men to get their help to find out who set him up. This event will once again feature the new Heroic Difficulty, which will require at least five characters with the limited-time "Debonair" trait. The Heroic Difficulty will reward Teal gear and completing a Heroic Difficulty mission will automatically earn First Time Rewards for both the Hard and Heroic Difficulties. Don't miss your chance to score Fantomex shards and recruit this International Mutant Man of Mystery to your roster. A IS FOR ALLIES

The second run of A is for Allies is set to begin on May 21st at 5:00PM (PDT), where you'll have another shot at earning A-Force Emblems, T2 Level 1 Ions, and T1 Ions. Identical to the first run, spend Iso-8 Campaign Energy alongside your Alliance members to earn points toward a 7-day milestone. 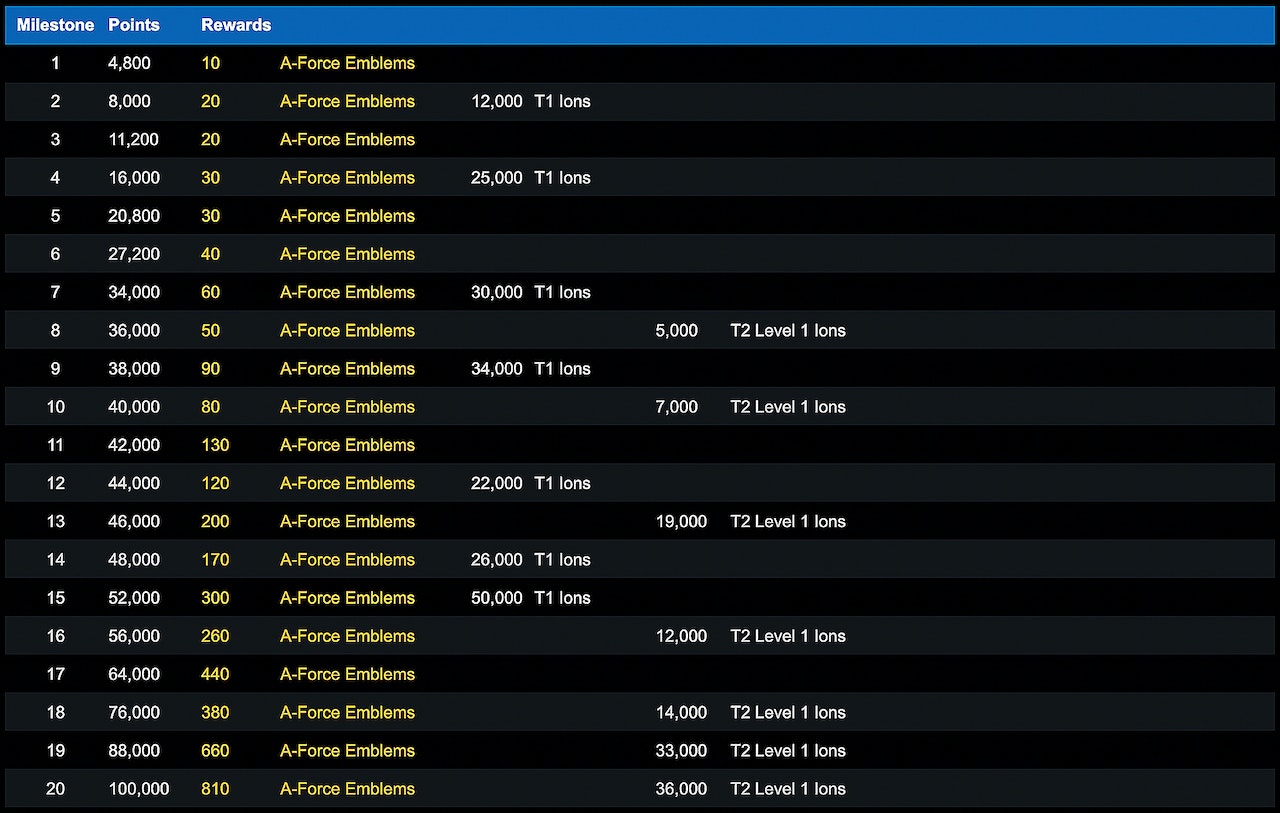 Make room for another powerful witch on your Roster because the Sister Grimm event arrives on May 24th at 5:00PM (PDT) with your chance to recruit Nico Minoru. The main Milestone is Sister Grimm, where you’ll earn additional points for it by participating in the Enchanted Bloodlines and Runaway Spell milestones (see below).

Along with the A-Force's blood sorceress, you can also collect A-Force of Nature progress and other great rewards.

Whip up roster magic by earning points toward this 7-day milestone by:

The above Gear Tier points are additive, so you'll receive those points on top of points received for a Raid Win/Alliance War attack and for previous Gear Tiers. As with the Sister Grimm event, the above Gear Tier points are additive. Be on the lookout for a login calendar during the Sister Grimm Event that'll reward additional Sister Grimm Milestone points. You definitely don't want to miss even a single day during Sister Grimm. Appearing on various days throughout Sister Grimm to aid your progress will be the following Bonus Events:

The next Season of S.T.R.I.K.E. Pass is kicking off on May 24th at 5:00PM (PDT) and you don't want to miss the magical rewards. The character shards up for grabs are Doctor Strange (Heartless), Wong, Mordo, and others. The Season 16 Premium path will feature Baron Mordo's "Multiverse of Madness" Costume! You'll receive the number of Bits required to purchase the costume on Milestone 3.

Add more power to Shang-Chi starting on May 24th at 5:00PM (PDT) with his new home to the Blitz Supplies. Purchase his character shards for 500 Blitz Credits and give this hired hero a little extra oomph on his punches and kicks.

Two more Legends are adding a new chapter to their epic tale starting on May 23rd at 5:00PM (PDT) with updates to their Legendary Events. The first update is just what the doctor ordered: Surgical S.T.R.I.K.E., Doctor Octopus's Legendary Event, will become indefinitely available via the Events section for all players Commander Level 25 and higher. Accompanying this update will be a reduction in Doctor Octopus's Star unlock from 5 Stars to 4 Stars.

Last week's blog contained a couple of errors with Rogue's ability text. We incorrectly stated that Rogue's Special Ability, "Gloves Off," has an Energy Cost of 2/2. The actual Energy Cost is 6/6. Her Special Ability was also missing the final line stating, "This attack is Unavoidable and cannot be Blocked."

The dev team is continuing on-going efforts to improve game stability across the board and part of that includes auditing key systems. This week, the alternate screen to view Blitz characters as 3D models was disabled, as it has been identified as a contributor to instability with the Blitz game mode. As the alternate screen provides no tactical advantage, it is indefinitely disabled.

Very soon we’re increasing the Gold rewards in select Campaign chapters to match the rewards given out by the missions in Doom Chapter 4.

Please enjoy the additional Gold and improve your roster!

Some of the weekly rewards associated with a second character-themed Blitz per week (the old schedule) were added to the new Quick Rumble Blitz.

Required characters: Black Bolt and 4 Inhuman characters at a minimum of 5 Stars to unlock Ebony Maw.