Grab your bell bottoms and catch Dazzler fever starting on June 1st at 5:00PM (PDT) with the next month-long milestone event: Rollin' Rebel. Just like with A-Force of Nature, Rollin' Rebel will consist of:

Making progress in these 9 events will earn points toward Rollin' Rebel, which will be your shot to recruit the Unlimited X-Men's Mutant lightshow: Dazzler.

Here's a rundown of the Rollin' Rebel events during June. Expect to see more information closer to the release dates of each event, so check back here each week for all the details. Dates listed below are in PDT (Pacific Daylight Time):

Boogie down by collecting Disco Balls to earn points, and three limited-time Milestone Items that will greatly boost your progress: Glamour Skates, Gemstone Earrings, and Glimmer Bracelets. Disco Balls will also be included in 1-Power Core Offers throughout the month, so be sure to keep checking the Offer Store.

Earning 29,500 points will reward enough character shards to unlock a 3-Star Dazzler. If you really want to boogie, by completing all of the Rollin' Rebel Milestones you’ll earn enough shards for a 4-Star Dazzler and her fully crafted Gear Tier 16 Pieces. Commanders can participate in most of the events, but need to be Level 55+ to take on all challenges. Rollin' Rebel also includes a Leaderboard with groovy Rank Rewards based on Milestone points. You’ll need to earn a minimum of 20,000 points to enter the Leaderboard. Teal Raid Orb Fragments and Gold Promotion Credits are up for grabs for the top 50 competitors on the leaderboard. For the rest of you roller skating enthusiasts, you’ll snag Orange Raid Orbs and Silver Promotion Credits.

This can't-miss Iso-8 event is back again on June 1st at 5:00PM (PDT) with the new T2 Level 4 Ions, in addition to Rollin' Rebel progress. 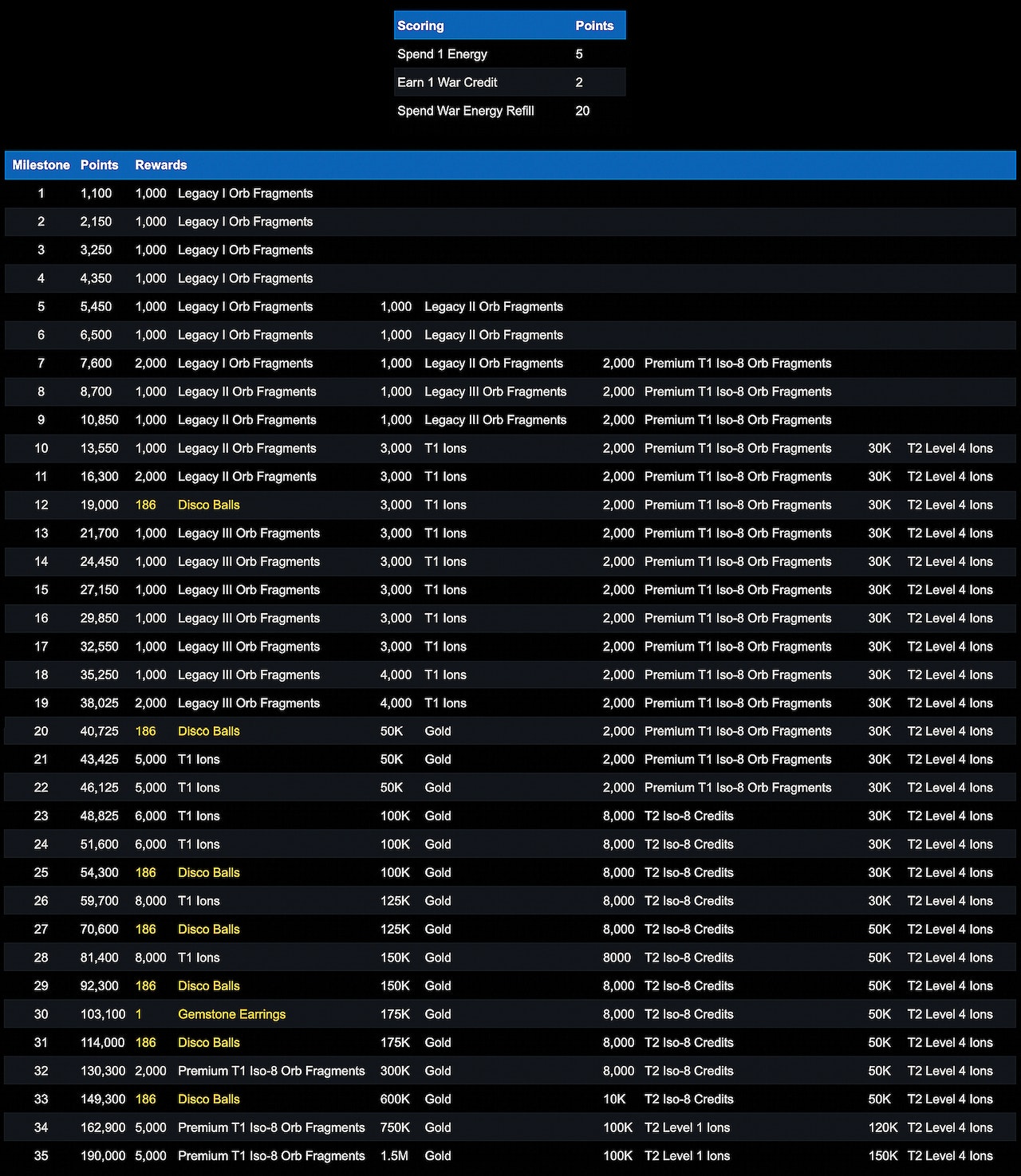 This will be running alongside: Victory Blueprint. Participate in Arena and Raids or Win in Blitz to earn: Gear, Legacy Orbs, Catalysts, and gold! 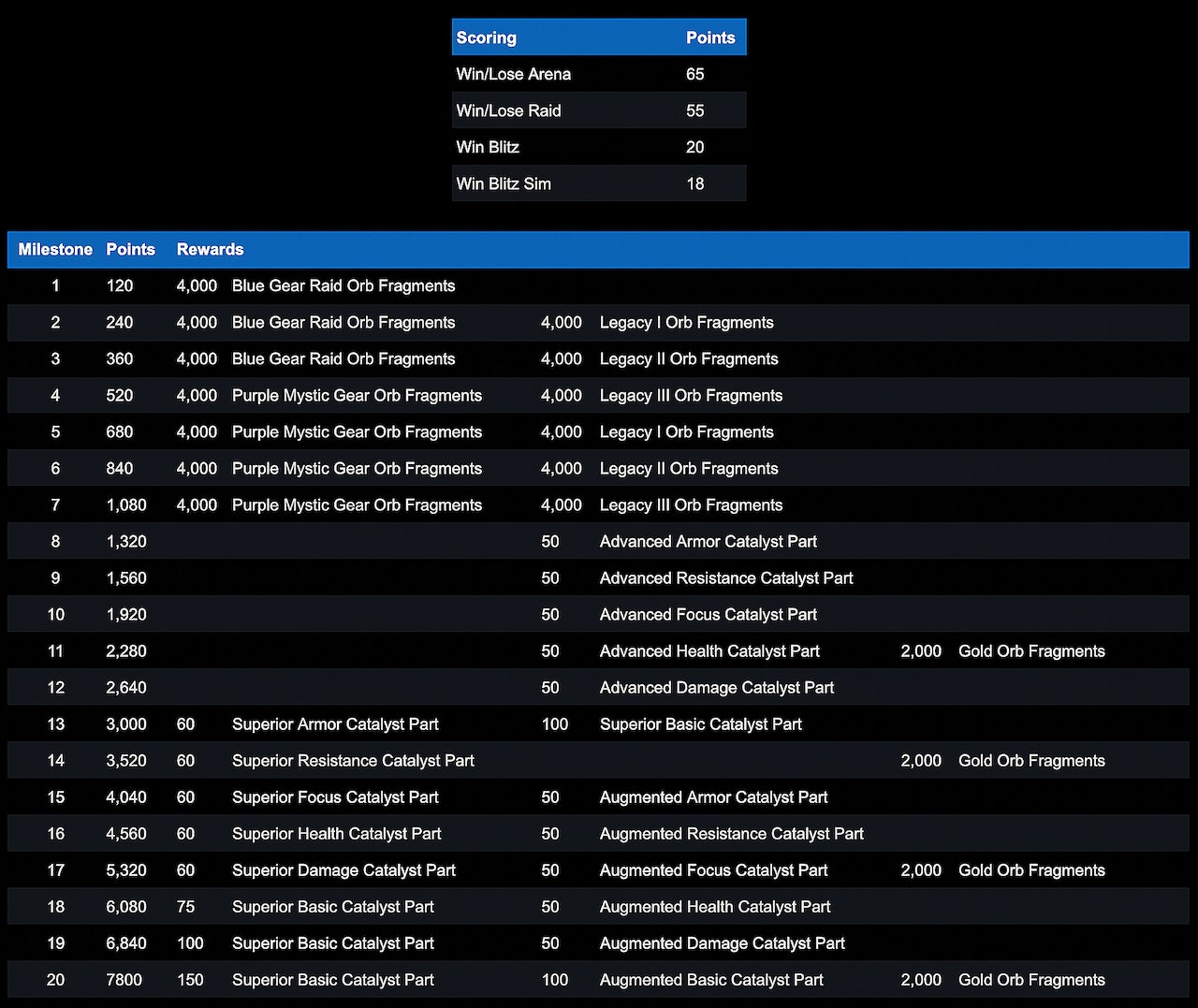 The first Quick Rumble Blitz of Rollin' Rebel comes in for a landing on June 2nd at 5:00PM (PDT) and the featured trait this time around is those dangerously plucky Guardians. On top of Quick Rumble rewards, the Guardian's Groove Milestones will reward Disco Balls, Purple Gear Credits, Orange and Teal Raid Orb Fragments, and Armory 15 and 16 Orb Fragments. In celebration of Pride month, June will feature a 14-day calendar with some powerful rewards. Don't miss a day and rack up Gold, Augmented and Superior Basic Catalyst Parts, War Credits, and character shards for some of S.T.R.I.K.E.'s LGBTQIA+ characters. Summon Red Stars and character shards for two powerful heroes with these upcoming updates to the Supplies Store. On May 29th at 5:00PM (PDT), the magic words are "Elite Store" because that's where you can purchase Agatha Harkness direct Red Star Promotions using Silver and Gold Promotion Credits. And then on June 1st at 5:00PM (PDT), Magik is enchanting the Heroes 6-9 Campaign node with her presence and replacing Captain Marvel. Carol Danvers will have a new home in the Blitz Store for 500 Blitz Credits, so don't miss out on powering up your A-Force team.

Starting May 31st 5:00 PM (PDT), most new Inbox messages will have a uniform expiration timer of 7 days – including Inboxes with rewards.

Although Doctor Doom would prefer to not show weakness in the heat of battle, our team thought it would benefit S.T.R.I.K.E. Commanders to have a prominent visual cue of when the destroyer of worlds is hit with Stun. In the upcoming Version 6.2 Release, Doctor Doom will have an animation while the Stun debuff is applied to him.