Many people flirt with death, but it takes a truly special individual to turn that banter into a child, and today, we're introducing you to the offspring of that deadly attraction: Deathpool. Who is Deathpool and why is she joining S.T.R.I.K.E.? If you haven't heard, Deadpool turned 30 this year and Marvel is celebrating your favorite Merc with a Mouth with a yearlong Nerdy 30 birthday celebration. To help say “three cheers” to this lethal fourth wall-breaker, MARVEL Strike Force was offered the opportunity to create a variation of one of MARVEL's most iconic heroes. And this is where Deathpool's tale begins... Woohoo, storytime!

Once upon a time, the salacious character known as “Deadpool” found himself to be... well, dead. It was in the land of Limbo that Deadpool met the cosmic force known as Death. And Deadpool died so many times that the two of them got to talking and eventually… they fell in love. Through that love, and a pinch of cosmic magic, Death’s essence was reborn as the daughter of Death and Deadpool: Deathpool.

Deadpool raised his daughter in the ways of the blade, the quip, and about being the personification of an elemental force in the universe, which he actually knew nothing about (this didn’t stop him). When her training was complete, Deathpool traveled the cosmos, doing the job of Death, and visiting her father on occasion -- mostly when she needed to do laundry. That was, until Thanos arrived.

When Deathpool was created, Death vanished, balancing the cosmic scales as her daughter arrived to take her place. Thanos, obsessed with Death, became furious when he realized her absence, and blamed Deadpool for taking her from him. After years of research, the Mad (like really mad -- double meaning here) Titan gathered the Infinity Gems solely as a way to destroy Deadpool for good. Suffering a rare defeat at the hands of Thanos, Deathpool watched as her father was snapped to dust. Not content to just end this version of Deadpool, Thanos decided to use his power to hunt down every Deadpool across the multiverse.

Deathpool's part in the story picks up here, with Thanos gloating above Deathpool as he opens a portal to the next dimension and leaves. In her Event Campaign in MARVEL Strike Force, Deathpool chases Thanos through a portal, and thus begins a pursuit that would take her through the multiverse and eventually… to the Nexus Earth. We'll have a full breakdown of Deathpool's kit in our upcoming blog and episode of Strike Time, so be sure to tune in for the deadly details.

In the meantime, join in on Deadpool's birthday celebration by checking out the Deadpool Nerdy 30 series, which assembles some of his classic storytellers to tell tales of Wade Wilson birthday past, present, and future. 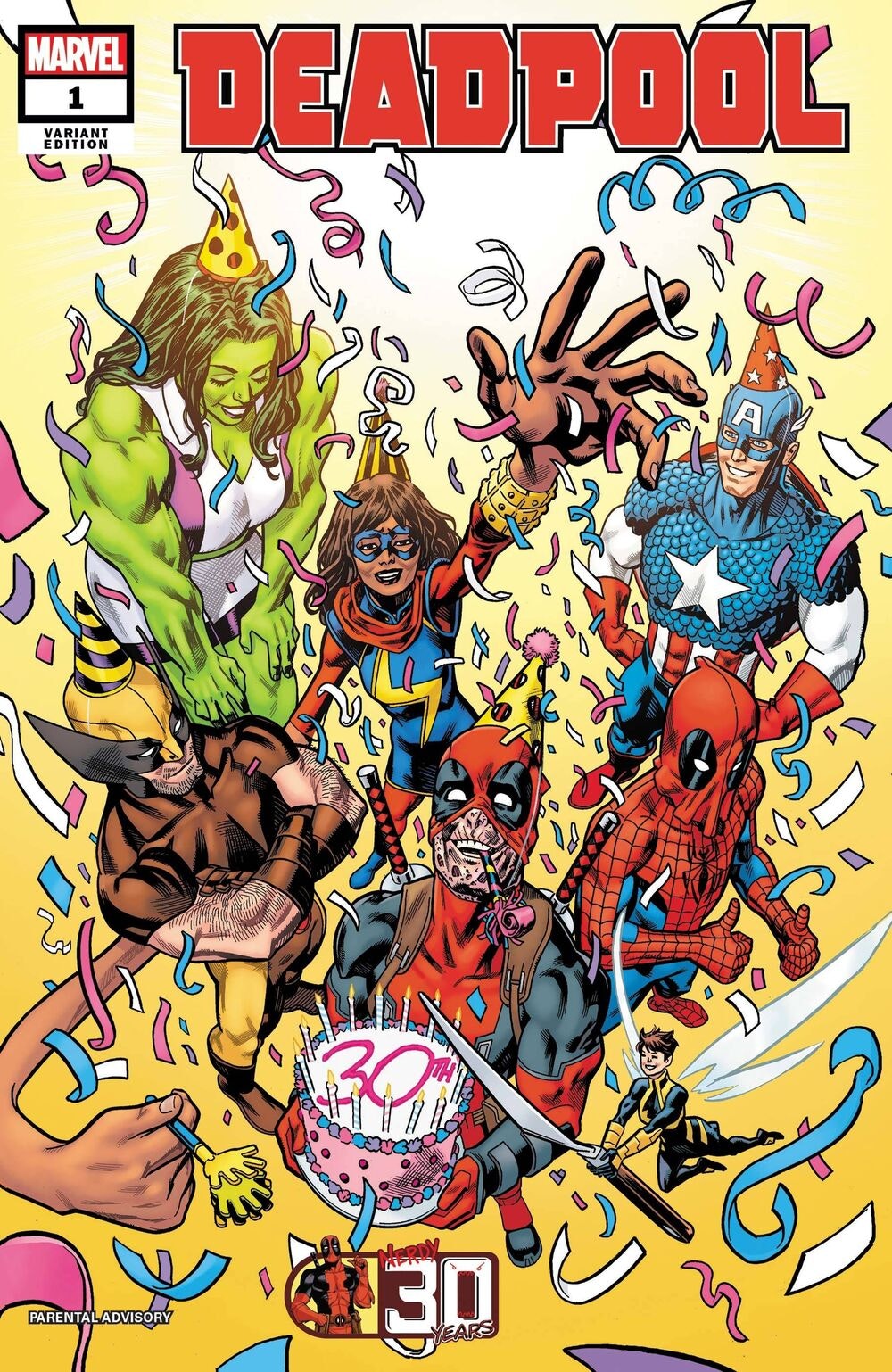